Georges Aber, stage name of Georges Poubennec, was a French singer songwriter. He was born on July 17th, 1930, in Brest a city in Brittany in northwestern France. He died at the age 82 on March 16, 2012 in Plougastel-Daoulas in Brittany.

In 1950, he moved to Paris to join the “Ecole Supérieure de Commerce” and enrolled in the “Cours Simon”, a French theater school. He discovers through American singers, jazz, blues, negro-spiritual and the beginning of rock'n'roll. Passionate about these musics, he began writing adaptations of these American songs such as “Rue de la solitude” adapted from “Lonely Avenue” performed by Ray Charles. But it is on his third album that comes out “Comme un tigre”, adaptation of “Tiger” a rock'n'roll noticed by the fans. Georges Aber is one of the pioneers of rock'n'roll in France with Danny Boy 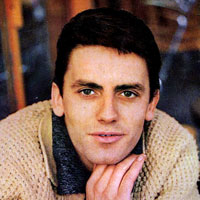 Danny Boy Danny Boy, stage name of Claude Piron is a French rock singer, born in Saint-Pierre-de-Cormeilles (A city in northwestern France) on January 25th, 1936. He is in France with Georges Aber, a pioneer of rock'n'roll. He forms the group “Danny Boy et ses pénitents” but begins his solo career by his real name. In 1958, he released his first album which includes a title signed Georges Aber: Hé! Youla. , stage name of Claude Piron in his group “Danny Boy et ses Penitents”, himself performer by his real name (Claude Piron) of Georges Aber's texts.

He participated in the show “Les Numéros 1 de demain”, on the airwaves of the French radio Europe 1, where he is encouraged to get started on the adaptation of American songs. This is why, after a brief career as a singer, singing his own songs, he turns to his true passion for writing and specializes in the adaptation in French of many Anglo-Saxon hits. His career as a songwriter has explode in the 60s. A large majority of stars of the time, called “Yé-Yé” recorded his songs, such as Johnny Hallyday, Sylvie Vartan, Sheila, Richard Anthony, Frank Alamo etc.

His start as singer

And several other titles. But perform his songs was not his true passion, so he devotes himself from the early sixties, exclusively as lyricist.

His career as songwriter

After his short career as a singer, Georges Aber devoted himself exclusively to a career as a lyricist specializing in French adaptation of many American but also English successes such as the adaptation of Yesterday (On croyait) and Hards day night (4 garçons dans le vent) by The Beatles, writting lyrics for many performers such as Johnny Hallyday, Sylvie Vartan, Sheila, Petula Clark, Richard Anthony, Claude François, Dalida, Dick Rivers, Hugues Aufray, Christophe, Alain Bashung and many others. 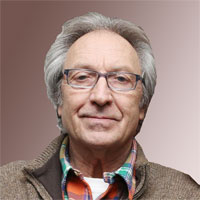 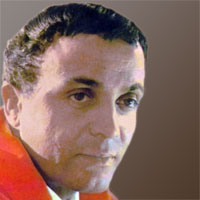 Ralph Bernet Ralph Bernet is a French lyricist and composer born in 1927 in Marseille (city in south of France) and died in 2017. He wrote or adapted some 3000 songs, of which a thousand were recorded. He has written about fifty titles for Johnny Hallyday including “L'idole des jeunes”, a great success for this artist. , is part of Johnny Hallyday's recognized songwriters. He's already on Johnny's first album: “Nous les gars nous les filles” 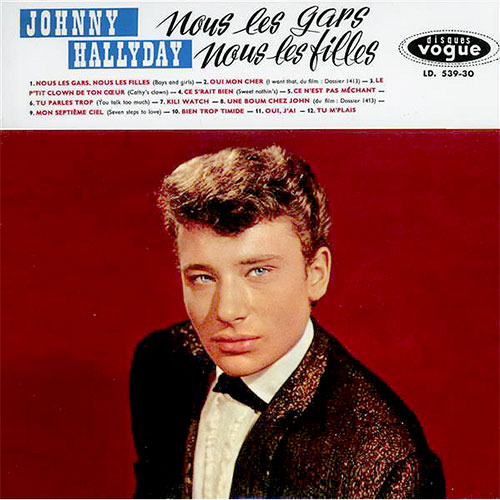